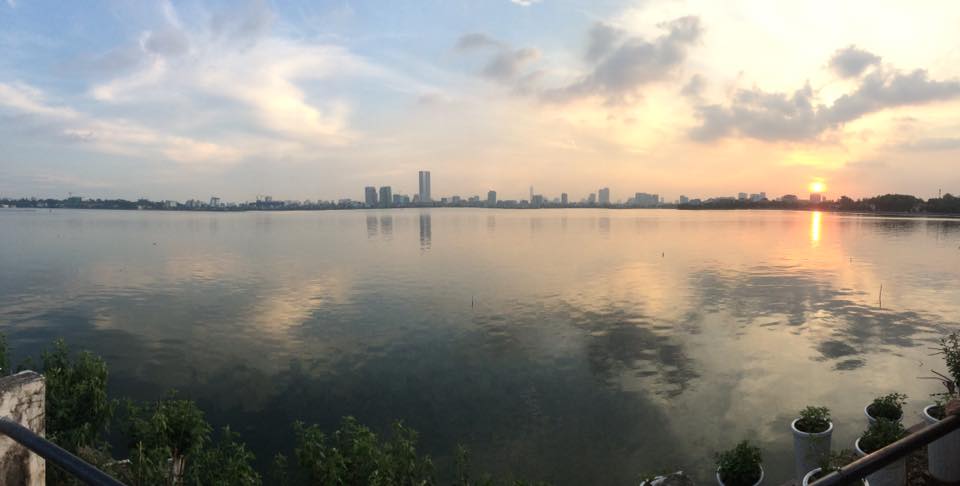 Every rescue operation is different to every other, but Trang’s was somehow even more different.

In her late teens, Trang was trafficked from Vietnam and sold into a brothel in China.

As is very common in these cases, she was deceived by someone posing as a close friend. A young man built a relationship with her, gained her trust, and then betrayed her. After many months in the brothel, where each moment was a brutal fight for survival, she found herself in possession of a mobile telephone, and in the early hours of the morning when nobody was watching, she sent a call for help to her mother.

Trang’s message reached Blue Dragon Children’s Foundation shortly after and we made contact via text message. She told us all she could about her situation and location, and the search began immediately.

Within a week, we had Trang out of the brothel and into a temporary hiding place. Over several days we smuggled her back to the border with Vietnam, and helped her safely across. From there, Trang headed straight back to her family.

Many of our operations unfold exactly like this, except for one difference in Trang’s story: we have never met her.

Blue Dragon has now rescued more than 700 people from human trafficking. Some have been in factories; some in brothels or forced marriages. We have expertise and experience, and a pretty serious track record. We know what we are doing.

So when Trang’s mother called us and gave us her daughter’s phone number in China, begging for our help, we reached out to Trang straight away. But her experience of betrayal, deceit and abuse had been so overwhelming that it didn’t matter who we were. It didn’t matter that her mother assured her that we were going to help. Trang was terrified that we would be just more people to exploit her.

Although Trang was desperate for help, she refused to meet us.

The entire rescue was conducted via text message and phone call. We guided her over the phone, telling her which way to go down the street, which bus to get on, how to find her way over the border.

And even when she crossed; even when there was no doubt that we had been totally honest and brought her back to safety; she still couldn’t bring herself to trust us.

Trang’s case is the most extreme we have come across, but it’s not extraordinary. Whether they are girls sold into sexual slavery in China or underage boys being passed around pedophile rings in Hanoi, the traffickers learn how to manipulate trust so that it works as a destructive weapon rather than a protective bond.

Can you imagine what must happen to a child to destroy their ability to trust someone who is kind to them?

We see this devastation of humanity in so many respects, all around the world.

Here in Vietnam, NGOs and media talk about girls being drugged and waking up in another country, totally unaware of what has happened to them. I can’t say this has never happened, but I can say that in the 700 rescues Blue Dragon has organised, not one case of trafficking has happened like this. We’ve heard this story plenty of times – it’s a fairly standard claim made by girls we’ve brought home – but it’s not real.

Young women who have survived human trafficking say this happened as a way of claiming innocence. They fear that if people think they went willingly with their trafficker, they would be criticised and shamed. And even though they didn’t go willingly – they were deceived and coerced – they just don’t trust that anyone will believe them.

So they invent a story, and naive organisations repeat the lie. Both CNN and The Guardian have run stories this year stating that this is how Vietnamese girls are routinely trafficked. The lie has become popular mythology; and now girls who survive trafficking have even less reason to hope that the truth of their ordeal will be believed.

The trust deficit doesn’t only play out in Vietnam. A world away, in the UK, government officials and social workers are scratching their heads over their routine failure to help Vietnamese children who have been trafficked to England.

A few years ago I met some British social workers in London who had been through the experience of receiving Vietnamese children into their care after police had raided cannabis farms and found trafficked children locked inside the buildings. They were struggling to understand why the children, mostly teen boys, had run away from their care after just one or two nights.

In recent weeks, stories have emerged of the extent to which this happens: officially, 30% of child trafficking victims in the UK go missing from care. Unofficially, the number may be much higher.

It’s natural to wonder why this could be: after all, the kids are given such good care, with social workers to help them sort out their problems and the chance to return to their family. Why would they run away from that?

But the real question is: Why would they stay?

What reason do they have to trust a social worker… who is completely foreign to them… who doesn’t even understand their language… who knows nothing of how or why they ended up in England? When even those close to them have betrayed them, why would they entrust their lives to complete strangers?

In the case of trafficking to the UK, the traffickers prepare their victims well in advance to know what to do if they find themselves “captured” by police and social workers. The children know exactly what to do if taken into care. It’s only the entire government of the UK that’s left in the dark.

When you’re safe; when you know where your next meal is coming from; when you have friends to call on in a crisis; that’s when you know how to trust. That’s when life is simple and uncomplicated. You can solve the problems you face.

But when every person you meet is a potential threat; when even those closest to you might betray you for their own survival; then trust is impossible.

Without trust, life is dark. There is no future. There is only now.

And yet, over time, trust can be restored. I know many children and young people who came to Blue Dragon with no ability to trust, suspicious of everything we offer and ask. But I have also seen a cure. There’s an antidote to this trust deficit.

It’s an unusual day that we don’t have a new child walk through our gates, having spent days or months sleeping on the city streets or just returned from slavery in China. Every one of them doubts us, no matter how kind and caring we have been up to that point.

Apart from Trang, who we still have not met, perhaps the hardest child to help was a boy named Huy, who we found on the streets back in 2013. After being rejected by his family and fending for himself on the outskirts of his village, Huy came to Hanoi to escape neglect and found himself targeted by a local pedophile ring. At the time we met him, his eyes were void of life and his body limp. He would sit on the street staring blankly at the sky. I still don’t know exactly what happened to him in those months before our outreach team found him, but I do know that it was well over a year before he would trust us even slightly.

Huy is still with Blue Dragon today, and he is unrecognisable compared to those dark days. He now lives independently, has finished a training course, and is working hard in a job that he found himself. At one point, he was the central witness in a case against one of the pedophiles who abused him, and as a result that man is now in prison. His Facebook photos show a young man smiling broadly at the world, enjoying life and confident in the future.

So what brought about this transformation in Huy?

And what is it that leads the vast majority of girls and boys we meet or rescue to eventually trust us entirely with their lives?

Earning trust has nothing to do with our credentials. It’s unrelated to our experience, or any awards we’ve received, or the knowledge we have gained over the years.

To Huy, or Trang, or the next child who walks through the gate, all of that counts for nothing. It couldn’t mean less.

What counts is that we will stand with them, holding their hand, wiping their tears, no matter what.

When they lie to us, we won’t mind. When they scream and cry and throw furniture across the room in terror as they recount all that has happened to them, we will wait patiently and hold them until their rage is spent. When they tell us what they want, and then change their mind, and when they test every limit they can, we will still be there for them and ready to start again.

It’s really as simple as that. If you want the trust of someone who is escaping trauma, you just have to take every beating they need to dish up.

Your title, your age, your experience: these are mere background noise. It’s who you are at heart and what you are prepared to do for others that matters.

One thought on “Trust Me”