Blue Dragon’s “whole stream” approach means that we protect and rescue young people in crisis, while also changing the system that left them vulnerable in the first place. 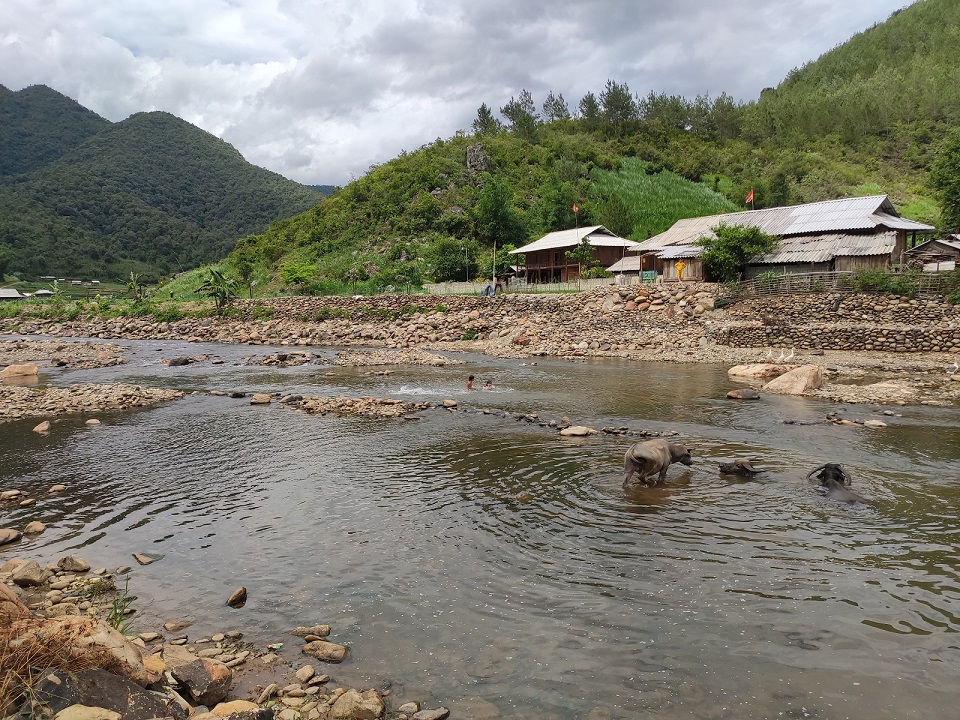 First, we brought an 18 year old woman across the border from China. Anh was trafficked 5 years ago, at age 13, from her home in southern Vietnam and sold as a bride to a man in Inner Mongolia.

Anh called for help during the COVID lockdown. She has been waiting for weeks for a rescue team to get to her. And once we reached her, it was another 12 days before we could get her back to Vietnam.

Inner Mongolia is a long way from the border. In fact, this is the greatest distance we have covered in a rescue operation so far.

As Anh was crossing the border and heading to the safety of a quarantine centre, I was taking a seat in a forum on child friendly police investigations. Blue Dragon and the Vietnamese police are launching a law reform project which, over the coming months, will culminate in the release of a document known as a circular: a legal document which police are obliged to implement.

The circular will stipulate how police across the country are to interview children, take statements from them, protect their identity, and involve them as witnesses in court cases.

It will be the first time Vietnamese police have clear guidelines on how to support and protect children who are victims of crimes, have broken the law, or witness a crime.

In one morning, both sides of Blue Dragon’s work were on display.

People sometimes refer to these different kinds of work as ‘downstream’ and ‘upstream’.

The downstream work is what we typically call ‘charity’. It’s direct assistance to people; frontline aid for someone who needs help.

Upstream work, in contrast, is about changing the system. Law and policy reform are typical examples. This kind of work can be slow and rarely attracts much attention, but has potential for creating long-term change.

Non-profit organisations often work either upstream or downstream. Blue Dragon’s model is to do both, at the same time. Our model is the whole stream.

Not everyone thinks this is a good idea. I’m sometimes told that we should ‘focus our resources’ more; that by taking on the whole stream we risk stretching ourselves too thin.

These arguments sound fine. But try telling a stream that it really should just be the up or the down!

In fact, our strength as an organization is in this ‘whole stream’ approach.

As we work downstream, meeting homeless children on Hanoi’s streets and rescuing young people from slavery, we see exactly what works, and what doesn’t work, in Vietnamese law.

This downstream experience puts us in an ideal position to see how law could be improved.

And as we work upstream, we can see how changes to law and policy will impact those downstream. Our upstream work ultimately makes our downstream work much easier – and sometimes even makes it less needed.

An example of this is Blue Dragon’s reform work several years ago to have males recognized in the law as victims of sexual abuse.

Until the law was changed, our work on the streets with homeless boys was becoming increasingly difficult and dangerous. We knew of boys as young as 13 being pimped out on a nightly basis, sometimes in public places like parks. But we couldn’t stop it.

Our entire organization had to gear toward having staff out on streets through the night, directly intervening when we saw pedophiles taking children with them. It was extremely dark work, and nowhere near sufficient to protect children.

The change in the law has meant that we no longer have to do this. When we know of boys being abused, we inform the police and they are able to open a case. Our upstream work changed the nature of our downstream work.

As we set out on this new reform project, we are optimistic that the circular will give children added protections under the law and support the police to know how to work with children.

And while we work with the government to hold consultation sessions across the country, draft law, and then implement the new guidelines, we’ll be helping Anh as she heals from the trauma of 5 years in slavery.

We’ll continue making sure the whole stream works for Anh so that she can get the new start in life that she deserves.

Blue Dragon is helping children, families and communities rebuild their lives in the wake of the coronavirus pandemic. Please consider making a donation to this life-saving work.

One thought on “The whole stream”