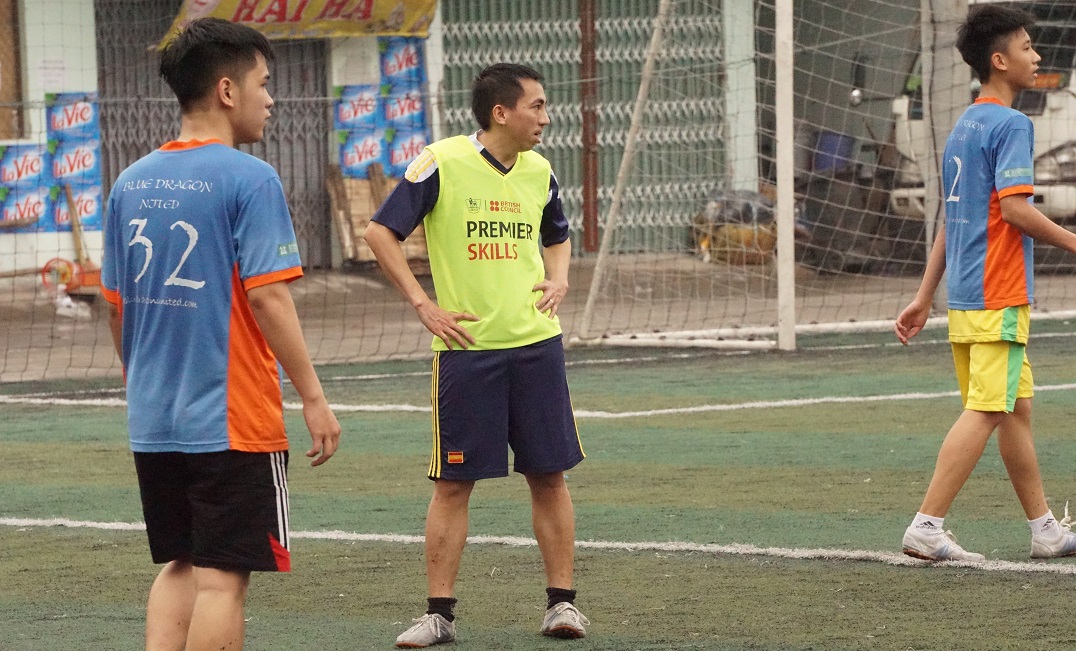 An old friend came to soccer this morning.

Nam is 28 this year; he and his wife both work as chefs in Hanoi, and their beautiful son is 18 months now. But when I first met Nam, life was very different for both of us.

The oldest son in his family, it was Nam’s duty to quit school and earn money when his mother fell on hard times. Nam left his home in Thanh Hoa province and traveled to Hanoi, where he started work shining shoes on the streets.

We met by chance in 2003. At that time, Blue Dragon was just in its infancy and we had started a weekly soccer game for street kids. Our goal was to give the city’s homeless and working children an hour of no-strings-attached fun, some healthy food, and an introduction to our services.

Now called Blue Dragon United, we originally named ourselves Real Betis Vietnam. Just 3 kids turned up at our first game; 60-80 now come every week, and we’re close to playing our 2000th game. The football team has come a long way.

Of all its achievements and milestones, the real success of Blue Dragon United has been in meeting kids like Nam.

As a teenager, Nam was fiercely devoted to providing for his family, and equally dedicated to improving his situation in life. Although he lived across town, Nam turned up every week for the games, taking every chance to get more involved in our organisation as we started to grow. He stood out from the crowd with his quiet integrity and determination. He also happened to be a really amazing soccer player.

Over the years, Nam has come a long way. With an introduction from Blue Dragon, he started out working as a kitchen hand for Hanoi restauranter Donald Berger and rose to the position of sous chef. He’s now head chef at a restaurant overlooking Hoan Kiem lake, and is a winner of the Iron Chef Vietnam competition. And he has used his opportunities in life to get jobs for his younger siblings and his mother. Nam has moved his entire family out of poverty, and now his own son is growing up with chances in life that Nam simply never had as a child. 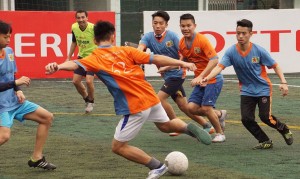 Nam, in the yellow singlet, at football

Nam works such long hours that he rarely comes to football any more; today was a terrific surprise. After the game, we went for pho and coffee, and chatted about how much our lives have changed since that fateful meeting on the street so many years ago. Then he had to head off to his restaurant to prepare for the lunch crowd.

Like so many of the young people I meet, Nam has had every excuse to fail. He could easily have been bitter about his lot in life. He could have given up trying, could have blamed his mistakes on the hardships he grew up with. But he has never done that.

Instead he has used his tough beginnings as motivation to work harder, to learn more, to help those around him get ahead.

Both on the field and in life, Nam is a great player.

One thought on “The player”