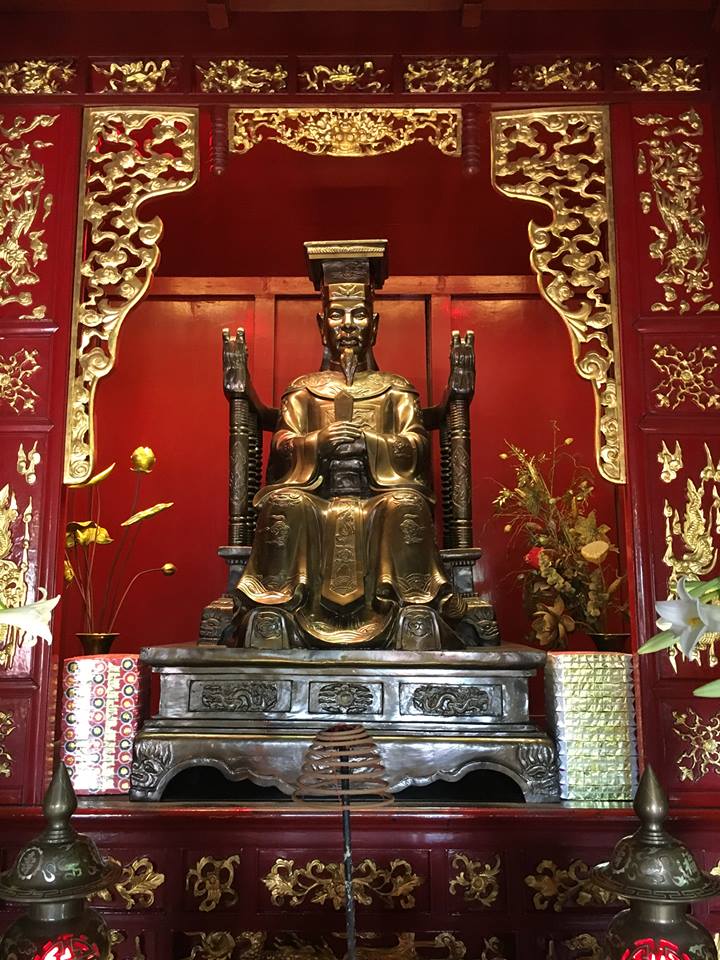 Today I found myself at Van Mieu, Hanoi’s renowned Temple of Literature, for a graduation. But I was there merely as a prop.

Vietnam has a long history of valuing formal education in the tradition of Confucianism. Van Mieu stands as the country’s oldest university, dating back to 1070. Presumably, student life was quite different back then!

I was called on this morning by Tan, one of the Blue Dragon boys whose girlfriend, Luan, has just completed her Grade 12 exams. I don’t know Luan very well, but she was coming in to the city from her school out of town with the entire class. They were all visiting Van Mieu to have their photograph taken, as many many other school groups were doing over the weekend.

The students are at a stage of waiting for their high school results and then they’ll be off to their university entrance exams – a whole new round of stress and waiting!

More than 80 of the Blue Dragon kids are in university or college right now, but many of the girls and boys we serve don’t even get through primary school. Too often, their lives are disrupted by family breakdown, sickness, or extreme poverty – or a combination of all three – which means their opportunity to continue with schooling simply evaporates.

As proud as Tan is that his girlfriend is on her way to university, he himself didn’t make it through to Grade 9. His own childhood traumas have interfered with his life, and yet he is thrilled for Luan and wanted to be there with me as she celebrated.

My role was to pose for photos – which is not normally a part of my job! But Luan had asked for me to be there, a little like a lucky charm, and so I dutifully had my photo taken while camera-shy Tan did everything he could to stay out of the frame.

Sometimes people think that Blue Dragon is a school. We do have teachers at our centre, but our role is to prepare kids: some for formal schooling, some for vocational training, and some for moving on to workplaces. As important as formal education is, we know it isn’t for everyone, and we need to help each of the kids in our care find what’s right for them.

With all the photos out of the way, I was set free to return to the Blue Dragon centre with Tan. Being invited to Luan’s graduation was a beautiful honour for me, and hopefully a lovely memory for her, that she can take as she moves on to the next stage of her life: university.