As a 7-year-old boy, Tan’s life was so terrifying that he did the only thing he could to escape it: he walked into the jungle, and never turned back. 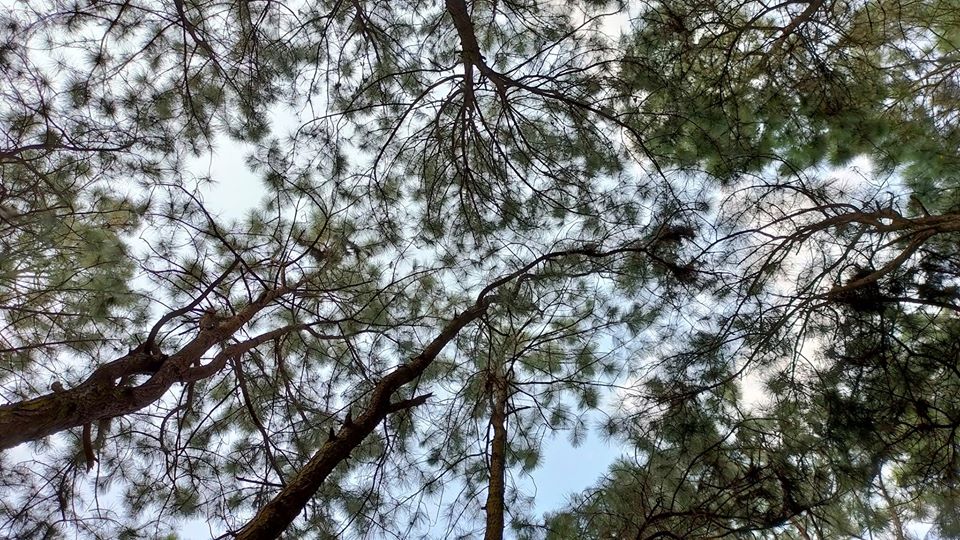 He works out at the gym, he plays football and is learning hip hop, and every morning he takes part in a training course to learn baking.

Blue Dragon met Tan two years ago, when he was working on the streets of Hanoi as a scrap collector. He was tiny and shy, rarely saying a word to anyone. Even today, he’s one of the quietest kids at the drop-in centre.

At first Tan was reluctant to stay at Blue Dragon. He was happy to have a proper meal and a change of clothes, but at night he preferred to go back to the streets to sleep in the guard house of a company on the other side of the city. The security guards had taken pity on him and let him sleep there on their chairs – he never made trouble and he was such a small child that they were happy to help.

Learning how Tan came to be on the streets took us many months. Only when he fully trusted the Blue Dragon staff did he start to share bits of his story – and even then, he would only tell a tiny detail before withdrawing into himself to think further.

Tan is a H’mong boy who grew up in a tiny village high up in the mountains. His family was extremely poor and he went to the village school with all the other kids.

Life at home was unbearable. His father was drunk and violent – all the time. Tan never felt safe, and the beatings became more regular as he grew older. When his mother died, his father remarried and gave both Tan and his sister away to another family. However, they too were very poor, so Tan went back to his father’s house, where the violence escalated.

Still just a child, Tan feared for his life every day.

At the age of 7, Tan could take no more. One day, he simply walked out of his house and kept walking, determined to never return.

With nothing but the clothes he wore, Tan walked through jungle, over steep mountains, and across streams. Sometimes he would come across a village, stopping to eat in a stranger’s home, or picking fruit from a low hanging tree branch.

He didn’t know where he was going, and after some days it was no longer possible to turn back. But Tan was not afraid. He just kept going.

Tan doesn’t remember his home village – in that part of Vietnam, there are no addresses – but he knows that after 15 days he had reached a province about 100 km from his home. A family in a village took him in and cared for him for some days before taking him to the nearest city and dropping him off at a protection centre.

With no idea where Tan’s family was, the centre became his new home. For the next 2 years he lived there and started going to school. Until this time, Tan did not speak “Kinh”, which is the official language commonly known as “Vietnamese”: he spoke only the tongue of his ethnic community, H’mong. And so in this new life, he learned a new language.

One day, something unimaginable happened. A wealthy single woman from Hanoi came to the centre and adopted Tan. Suddenly life was full of new possibilities. He moved to Hanoi and started school again, going back to Kindergarten even though by now he was 9 or 10 years old.

At first his life as an adopted child was wonderful, but it quickly soured. His “Vietnamese” language skills were still developing, and everything was new and strange. Being in a suburb of Hanoi instead of roaming the mountains and climbing trees was a sharp change in his life.

Tan’s adoptive mother wanted the best for him, but had no idea how to support her son. When he did poorly at school, she would beat him and lecture him at length. He wanted to do well, but didn’t know what was expected of him in this new culture and new city.

After nearly 5 years, Tan finally ran away. He had tried his best to please his new mother, but the relationship just wasn’t working and he was now a teenager with dreams of his own.

In the months that followed, Tan moved from place to place, staying in pagodas or at a friend’s house. One pagoda locked him into a dog cage as a punishment; in another he was beaten when his school results weren’t good enough. Amazingly, Tan kept studying through all this, until he went to work in a factory making religious statues.

Finally he ended up on the streets, alone. His adoptive mother knew about this so went to find him, and put him on a bus back to the protection centre 300 km away.

Tan remembers waking up as the bus reached his old home of 2 years, and thinking that everything was different now. This was no longer where he belonged. He wouldn’t know any of the children at the centre, and he doubted that he could go back to school there.

So he did the only thing he knew. He started walking back to Hanoi.

Just as with his first incredible walk from his father’s home, Tan guessed at the direction to go. Sometimes he followed the road, and sometimes he would wander through forests and follow rivers.

At times he would meet friendly people who gave him food, like the elderly lady herding buffalo in the darkness who he stopped to help. At other times, he would walk for days with nothing in his belly and collapse from exhaustion.

When he was lucky, he would find empty houses with running water he could drink, or a stranger would share a meal with him on the side of the road.

​This second walk took weeks – maybe a month. Tan can’t recall exactly. But when he got back to Hanoi, ​he found some friendly guards who let him sleep in their workroom, and a few days ​later someone called Blue Dragon to come and meet this quiet boy who spent his days collecting scrap on the streets.

That was over two years ago. Tan’s eyes are still darkened by the shadow of these times in his life. He has so many questions that are yet to be answered, and so much he does not understand. We are working with him to put the pieces together and to heal from the many traumatic events he has been through.

But it would be wrong to see Tan as a victim. Yes, he has suffered greatly through no fault of his own, and he deserves now to have the best care we can give him. However, when I see Tan, I see a teenage boy who is exceptionally brave; whose resilience in the face of extreme hardship is something we can all learn from; and whose determination will surely carry him through this life.

I see an amazing young person whose story should inspire the world to do all we can to give children the safe, happy and healthy start to life that they need.

Blue Dragon Children’s Foundation rescues kids in crisis. If you can, please consider a donation to keep this vital work going.