It’s been an especially difficult week in Vietnam, and for Blue Dragon. 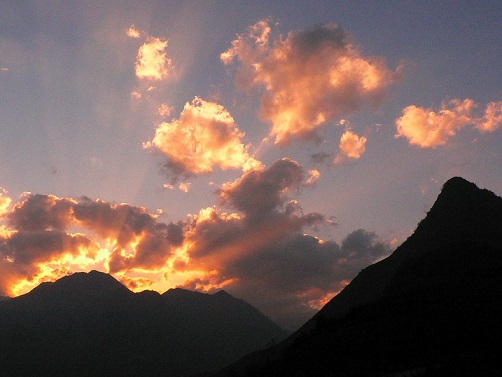 The past week has been filled with sorrow; both for Vietnam, and for the Blue Dragon family.

Floods across the central provinces of the country have made headlines around the world. This is a part of Vietnam that experiences floods every year, and expects bad weather, but rarely to this extent or severity.

Storm after storm has hit, and areas that very rarely see floods have been under water for days.

By now most flood waters have receded, but rain has returned over the weekend and new storms are forecast.

Blue Dragon has been out delivering food aid in Hue province, a part of the country where we’ve been working since 2005. Our long-term focus in Hue has been to end the trafficking of children into sweatshops; and since we achieved that, we have continued working to build up the resilience of families and communities so that the traffickers will never return.

These floods threaten that resilience simply because families who were already poor have been so badly impacted. But our team on the ground has been going house to house, village to village, making sure people have all they need to survive and assessing what help they will need next.

While this has been happening, the Blue Dragon family in Hanoi suffered a very personal loss. Early on Wednesday morning, one of our beautiful young women died in a motorbike accident.

We’ve known My (pronounced “Me”) since she was 10 years old, back in 2010. Her whole family, including her mother, brother and sister, worked on the streets of the city, selling trinkets and chewing gum to tourists. My and her siblings had a terribly hard childhood, growing up in a slum area where many people were involved with crimes and drugs, or struggling with their own demons, but the children found a way to rise above.

For My, hip hop was the lifeline. She found a connection to Blue Dragon through our hip hop crew and on the stage developed a confidence and sense of belonging that she had never known. The little girl who had zero self esteem and refused to believe in herself grew into a wonderful, strong young woman who cared deeply for her family and community, and could stand up for herself when she needed to. She even taught dance to new kids who arrived at the Blue Dragon centre.

My studied all she could at Blue Dragon: from basic barista skills to a “Junior Social Worker” course so she could care more for her community. Later, she studied in an international hospitality program and was as proud as can be the day she graduated. She could see her own ability and value, and when she was offered a job in one of Hanoi’s exclusive 5-star hotels, she felt on top of the world.

COVID ended that, and even though she lost her job she still found work in local restaurants to keep herself going. Most of her income went to support her family.

My has a 2 year-old son, Bo, who will grow up with scant memory of the mother who loved him so much. The funeral on Thursday was packed with young people from Blue Dragon and the broader community, all in shock and mourning. Her younger brother bravely led the funeral procession; he’s barely 15 himself but already so responsible and with such a burden on his shoulders.

My’s loss has hurt so many, including the staff and children of Blue Dragon who saw her as their sister. We will always remember her.

Against this backdrop of sorrow and loss, Blue Dragon’s work of protecting street children and rescuing victims of human trafficking has continued – because it must.

I want to share just one photo of a reunion that took place during the week.

Dao grew up in an ethnic minority community in the mountains of northern Vietnam. As a young mother living in deep poverty, and not speaking a word of Kinh (the mainstream Vietnamese language), she was an easy target for human traffickers.

Dao was taken to China, sold as a bride against her will, and held there for 11 years.

After police uncovered her case last month, she was brought back to Vietnam and taken to mandatory quarantine. On release, Blue Dragon picked her up from the centre and took her back to her family, who have lost 11 years of their lives believing that Dao was dead. Her own husband has remarried, thinking that his wife was gone forever.

Even in this reunion, there is deep sorrow.

But there is always hope. Through the floods, through My’s death, through the pain of Dao’s experience in slavery, we still must go on believing that what we do in this world matters. That we can make a difference.

As dark as the days may get, we must believe that there is a light ahead, if only we keep going.

One thought on “Sorrow”