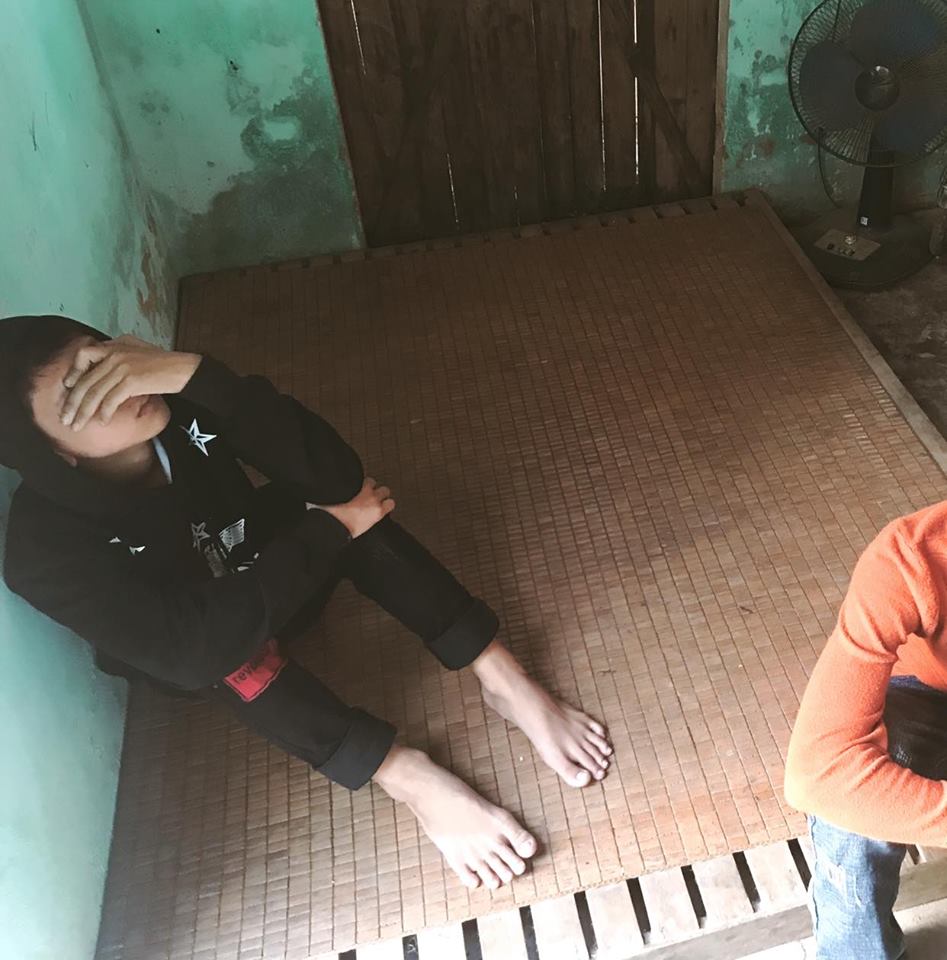 People sometimes think that leading a charity like Blue Dragon is a glamorous job.

We’re out rescuing people from slavery, staring down pimps, taking on gangs that recruit kids.

Of course, in reality our work rarely feels glamorous. There’s always a mountain of paperwork to meet someone else’s requirements. There’s always someone who thinks we should be doing things differently. There’s always the worry about how we’re ever going to pay for all the school fees and food and clothing and doctor’s bills for the children walking through our doors.

So just like any person in any job, it’s easy to be discouraged.

In recent weeks, Vietnam has been celebrating the Lunar New Year, or ‘Tet’. If you’re not familiar with the holiday, think of Christmas plus new year rolled into one, and multiply by ten. It’s a big holiday here.

Similar to Christmas, Tet is time for family get togethers and catching up with friends, but it’s so much more. It’s about going back to your roots – to your ancestral village, to where you belong, and reconnecting with everyone important to you, both living and deceased.

And it’s a wonderful time for the country… but not for most of the children we work with here in Blue Dragon.

The young people we see every day are disconnected from their families, from their communities, and from society. They have been harmed, sometimes by the very people who should have protected them, and going home may not be an option.

One little guy at our centre, “Phong,” was abandoned at birth and later adopted by a family. As he reached his teens, his adoptive family kicked him out because he was simply too naughty for their liking. We found him living in a guard box outside a football stadium and he’s now in a Blue Dragon shelter. Where could he possibly go for Tet?

And Phong is one of so many. Tet at Blue Dragon is a time for great celebration and great sorrow, sometimes hand in hand.

Seeing the kids so despondent is heart breaking. And sometimes it’s much more than that: expressions of self harm are not uncommon among the teens at times like this.

Phong and his friends at Blue Dragon are surrounded by people who care for them deeply. Our social workers and psychologists and carers will always go the extra mile, any time of day or night, to care for a girl or a boy who needs some care – that’s never in doubt. We really aren’t exaggerating when we say we’ll do whatever it takes to rescue and care for a child.

With Tet behind us, the kids are back at the Blue Dragon centre and returning to school and training. Life is returning to normal and I think we’re even seeing more smiles among those children who found the ‘festive season’ to be the hardest.