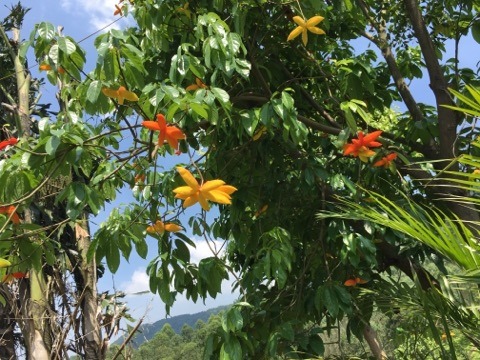 Coming home from dinner on Sunday night, I had a message waiting for me from one of the Blue Dragon staff.

He was on his way to meet a young man who had just come out of prison, a former Blue Dragon boy named ‘Hao’ who was caught up in the pedophile rings that ran with impunity several years ago, and was unable to escape the drugs and darkness that came with that terrifying life.

Much has changed since then, including the fact that those rings no longer have impunity. With 3 foreign pedophiles arrested and imprisoned in Vietnam, plus a fourth arrested by interpol, as well as 5 local pedophiles arrested and the law reformed to recognise the sexual abuse of males as a crime, street children today have far greater protection than they did back in 2012 when Blue Dragon first started hearing disclosures of abuse by homeless boys.

Achieving this change has taken its toll on us, both personally and as an organisation. With limited systemic support to protect street children, my team and I were faced with a blunt choice: to put ourselves on the line in order to keep the kids safe, or to simply do our duty and stand back while children were abused.

Of course we could not stand back, and so all of us accepted that we would need to work through the night and weekends, sacrificing our time and families, to respond to the constant crisis that raged around us.

There were nights when kids would call begging for help, or warning that one of the pedophiles had taken a new street kid to a hotel. You just can’t deal with a call like that and return to polite dinner conversation or roll over and go back to sleep. We all faced a very deep trauma, and we still live with those scars today.

One of the foreign pedophiles (now in prison) had the phone numbers of my staff stored on his phone, and late one night when he was high on ice he started texting one of the team, thinking he was a child, inviting him to a hotel.

Nothing was normal, and our work for several years involved looking into the blackness while we tried to create hope and light.

Eventually we did, and I don’t think it’s an exaggeration to say that the lives of many children were saved. Teen boys whose lives seemed impossible to repair have stayed with us; many are in jobs now, or still in training, and we continue to care for them while they slowly rebuild a sense of self and work toward fulfilling their own dreams.

But not Hao. He was too damaged, even before we met him, to turn his life around. Hooked on meth, with a burning hatred of the world and a deep distrust of everyone in his life, his path to prison was almost inevitable.

Now that he’s out, the first people he has reached out to are from Blue Dragon. We can’t do much, but we can let him know we care and lend a helping hand in some practical ways to help him start over.

The rest is up to Hao. I just wish that we had met him a year before we did… and that the men responsible for his psychological demise will one day face justice for what they have done.

One thought on “Rebuilding”