A year-end wedding brought together a crowd of Blue Dragon ‘old boys’, whose journey reminds us that there are always better days to come. 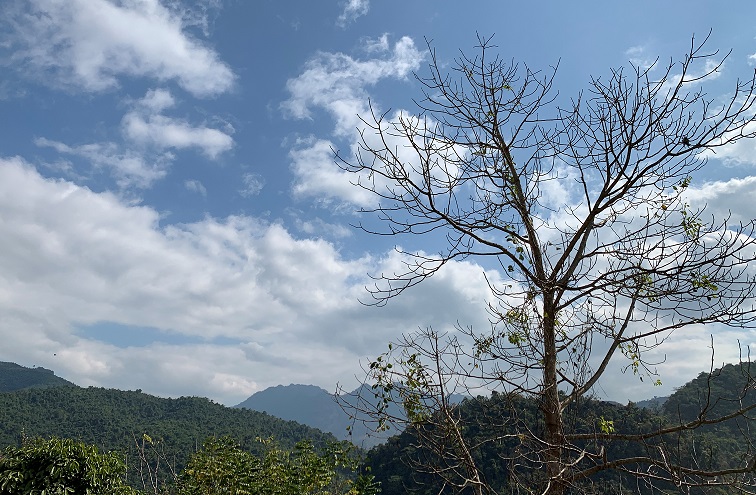 This was a particularly joyful event, with kids and staff heading out to the countryside to take part in the ceremony. The groom was a Blue Dragon staff member, and not only that; he is one of our ‘Old Boys’.

Diep was one of the original Blue Dragon boys back in 2002, when we were just beginning. He came to the weekly football games for street kids and joined the English classes, and then headed out to the streets where he worked shining shoes.

He was only 14, but he carried the burden of supporting his family who lived in poverty. They couldn’t afford to send him to school, so he volunteered to go and work in the city.

When we opened our first shelter, in 2003, Diep was one of the 6 teens who lived there. When he was old enough, he started working in a restaurant. Within a few years he returned to Blue Dragon as staff to help look after the children we were caring for.

He’s been on the social work team ever since, assisting street kids and helping to run the weekly football games that still take place (over 3,000 games so far!). Diep has a quiet, gentle way about him that makes children feel safe and cared for.

His wedding on the final weekend of 2020 was a cause of great celebration. And of course, many attendees were young men who had been a part of Blue Dragon at the time Diep was ‘one of the kids’.

All are in the late 20s and early 30s now. Most are married and some have children of their own. Their lives are in stark contrast to when we first met them, working on the streets of Hanoi hoping to make enough money to get through each day. Most survived by shining the shoes of strangers for a few cents.

Tuan was there; he flew up from southern Vietnam where he works as a chef. Binh has his own bakery. Hiep runs an electrical repair business, which is booming. Kieu owns a pizza and pasta restaurant. Nam is an executive chef for a large company. Thinh has a motorbike mechanic shop. Doan runs a building supplies company. Vi is a manager at Blue Dragon. Tinh has a mobile telephone shop. Duong works as a welder.

Each was a street kid at one time. Each has found his own way in life. For some, it took years of assistance from Blue Dragon to get them there. Others needed just a small boost to get them back to their family or back to school, and then they were on their way.

These occasions when they reunite and celebrate the success of ‘one of their own’ really are joyful days. Blue Dragon has grown and changed a lot since then; we now work with girls and boys around the country, and have expanded our scope to help people escape human trafficking.

But our vision of giving young people the care, assistance, and resources to overcome their hardship and build the life that they choose remains exactly the same.

At the end of a very difficult year, Diep and Chuyen’s wedding was the perfect way to finish off 2020.

Seeing all the ‘old boys’ gathered together served as a reminder that no matter the difficulties we face today, there is always hope for a better tomorrow.

The new year has arrived, so let’s get started on creating the ‘better tomorrow’ that we are all dreaming of.