A life of hardship and tragedy could not stop Vy from dreaming that she would one day have a family of her own. 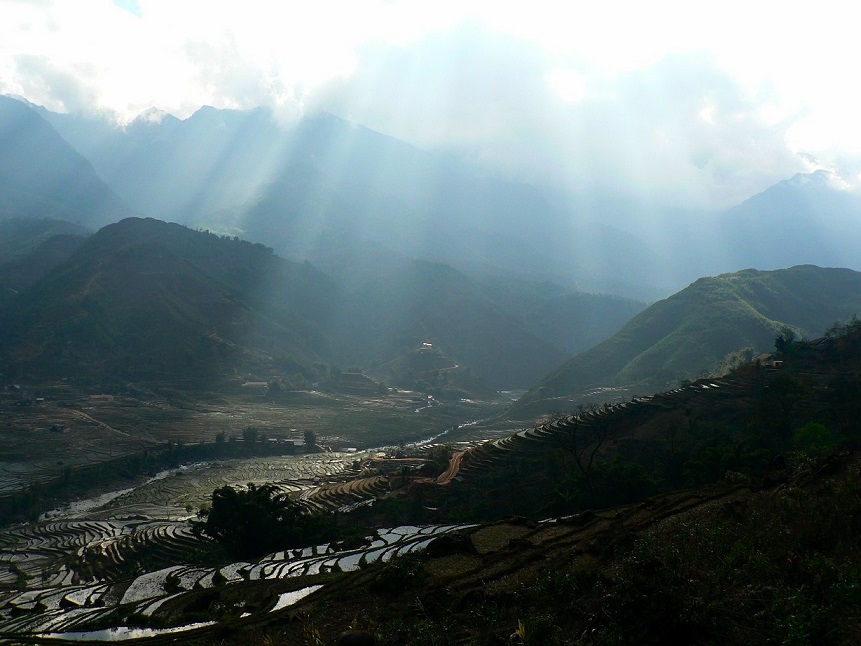 Vy has lived a hard life.

She’s always been poor. She has usually been unemployed. And in recent years, she has been homeless.

But there’s something else that she has always wanted to be:

Collecting scrap on the streets with her partner, Vy shares the same dream that we all share: a happy future with people she loves. So the first time she fell pregnant, she was delighted and hopeful that brighter days were ahead.

When she lost her baby in a miscarriage, she was devastated. And more than a year later when she was pregnant again, a second miscarriage seemed to spell the end of her dreams.

Blue Dragon met Vy in January when Help Hanoi’s Homeless, an awesome local volunteer association, contacted us. Normally Blue Dragon focuses our attention on people who have been trafficked and street children; supporting homeless pregnant women is a little outside our regular work.

But Vy’s situation was dire. 38 weeks pregnant and living on the streets, she was unsafe and unwell. And the risk of a third miscarriage was just too great.

Working with the volunteers, we rented Vy a room and supplied her with some basic needs to see her through. Seeing the mix of joy and fear in her eyes was heartbreaking. Vy’s final weeks of pregnancy were filled with both hope and dread. She faced every day wanting nothing more than to have the chance to be a mother, and hold her baby in her arms.

This is a story with a happy ending. Vy’s dream has come true. Her baby girl was born safely in hospital. Ha Chi has every chance of leading a healthy, happy life. Vy is over the moon.

Now that she has a child, Vy doesn’t want to work on the streets any more. We’ve helped her stay stable through these first months while Vy’s partner starts in a regular job and begins earning an income. We’re also helping to get a birth certificate for the baby; Vy is from southern Vietnam, so needs some extra help to make that journey and get the paper work done.

Of course, Vy’s story isn’t over. It isn’t always easy for people who have experienced years of homelessness to return to a more stable life. But this is what Vy wants and has fought for; and more than anything, she wants to give Ha Chi the life that she wishes she had had.

Vy may have been through a lot in life, but she’s going to be a wonderful mother.