Trafficked at age 13 and enslaved for 5 years, Anh’s rescue led to the discovery that she was pregnant with twins. Today, just months after her return home, she is taking brave steps to rebuild her life. 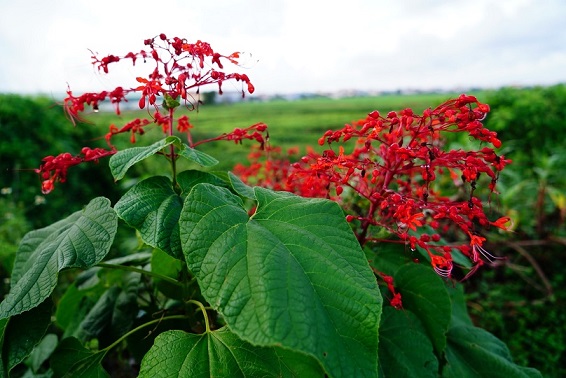 When Anh was rescued from slavery in June, she returned to Vietnam hoping to start life over.

Trafficked at age 13, she was held captive in a forced marriage in Inner Mongolia for 5 years. Her rescue was complex and dangerous, and Blue Dragon brought her home to a deeply emotional reunion with her mother in southern Vietnam.

But there was something that nobody, even Anh, knew: she was 8 months pregnant. This was only revealed in a medical checkup, and shortly after returning home Anh delivered twins- a boy and a girl. They were premature, but otherwise healthy. More about the story of Anh’s rescue and reunion can be found in my earlier post, A Shocking Revelation.

Not yet 3 months since their birth, Anh has grown accustomed to being a mother. The terrible shock that she first experienced in learning of her pregnancy has given way to pride and love of her beautiful babies.

But life remains difficult. Her house is in very poor condition; she and her mother have no savings and of course no job; and Anh is adjusting to being home after 5 years of living in terror in another country, while her curious community chats and gossips at the oddness of her situation.

Every survivor of trafficking faces their own unique challenges in going home – or “reintegration” as the NGO jargon coldly calls it. But one experience commonly shared is a sense of no longer fitting in; of having been through something terrible that nobody else can understand. It adds to their isolation and feelings of rejection.

Blue Dragon has been staying in close contact with Anh since her return home, and we’re working with her on how to cope with all the many difficulties she’s facing. Our psychologists speak on the phone with her daily, and the twins see a doctor regularly to check on their progress.

Last week, Anh took a new step in her recovery by starting to work and earn her own money.

Her sister bought a cart that can sit by the side of the road, and Blue Dragon provided money for them to buy supplies to get started making drinks and snacks to sell.

The sisters share the business, so Anh can work when she wants and know that she’s taking back control of her own life. Her mother is only too happy to look after the twins while she’s working, but in fact the stall is right outside their house so she’s never far away.

Apart from giving her an income, the business is already proving to have another benefit for Anh’s life. One of her great fears since going home has been how to connect with other people; after all, the last time she was at home she was a child herself.

Now she’s finding that the stall gives her a connection to the community. People stop and chat without any awkwardness or judgement; Anh’s side-of-the-road business is just like any other that can be found throughout Vietnam. And Anh is enjoying the casual conversations, which let her mind drift away from thinking about her difficulties and the trauma she has suffered.

For Anh, life after trafficking will never be normal. There will always be scars, and all that has happened will remain as her history, her memory.

But that doesn’t mean that her life has to be hopeless. With love and care, and the resources to start a new life, Anh has reason to believe that there are better days ahead.