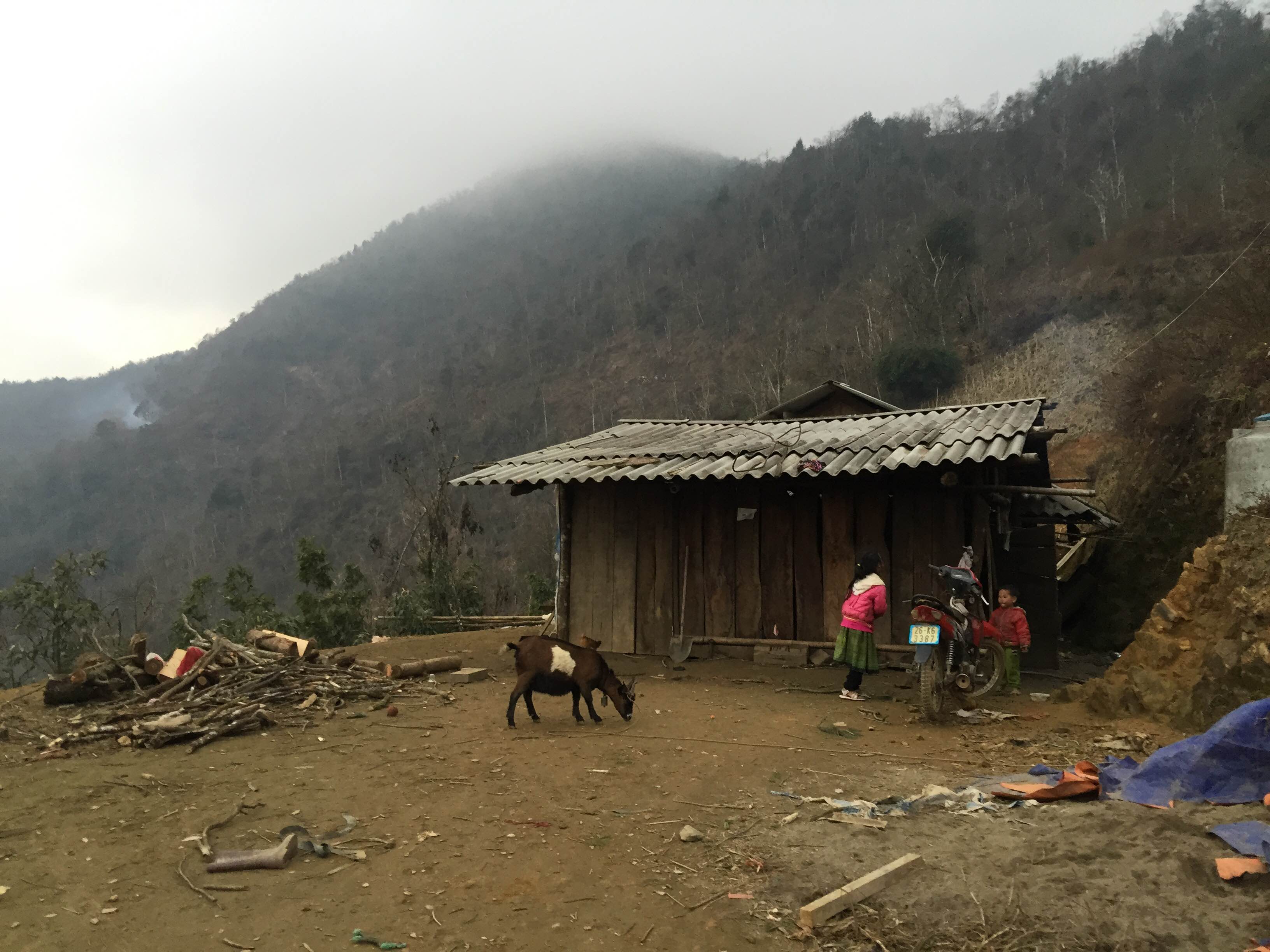 Cleaning out my desk at home, I stumbled across an old photo. It was taken 12 years ago by a teenager who had just joined Blue Dragon and was learning photography with a volunteer.

The photo is of a little girl aged 3 or 4, living in the Long Bien market of Hanoi with her grandmother. They are squatting in absolute filth beneath a staircase that crosses the dike wall; the entire sum of their possessions is a rotting blanket, a straw mat, and some scrap in plastic bags.

I don’t remember seeing the photo when it was first taken, and I didn’t know the little girl then. I know her now. Today “Thuy” is 16, and in prison for her part in a criminal gang that terrorised the suburbs of Hanoi for a couple of years. Her undoing was her involvement in a gang rape. She tricked another homeless girl into going with her to a room where a group of boys was waiting, and one by one took turns in brutally raping the terrified child.

Seeing the photo of Thuy as an infant reminds me of some lines penned by William Blake, the 19th century English poet:

Thuy was born into nothing. No hope, no love, no education. Her grandmother had lived such a hard life that she had no affection to share with the baby who was left with her when Thuy’s mother disappeared out the door and never came back.

Her undignified start to life made Thuy feel ashamed. Living in the market afforded her no privacy – not even when going to the toilet or bathing – and no protection. By joining up with a gang, she found power and purpose that her life otherwise lacked.

In the last 20 years, Vietnam’s economy has developed at a staggering pace; most developed nations can only dream of the annual rates of growth that have been achieved, even in the slower periods. Major cities like Ho Chi Minh City, Danang and Hanoi have grown into bustling metropolises packed with skyscrapers and luxury cars.

But inevitably, the gap between rich and poor has widened. Those with nothing – born into “endless night” – want a chance to make it. Too many, like Thuy under the staircase, live on the margins of society until somebody comes along to exploit them or recruit them for nefarious purposes.

Thuy’s situation is not unique to Vietnam. This week in the US, a San Fransisco tech dude made the headlines for his open letter to the Mayor and Police Chief complaining, in large, about having to see poor and homeless “riff raff” around the city. It’s hard being homeless anywhere.

When that photo of Thuy was taken, way back in 2004, was it already too late to help her? Was she already irretrievably on the path to destruction and violence? Or could an intervention, a helping hand, have changed her course?

We’ll never know. But for the next little girl or boy living rough on the streets, there is still a chance to make a change. Being “born to Endless Night” surely doesn’t have to mean a life of hardship, exploitation and pain.

For every child, there has to be hope that life can offer something better.

One thought on “Endless night”