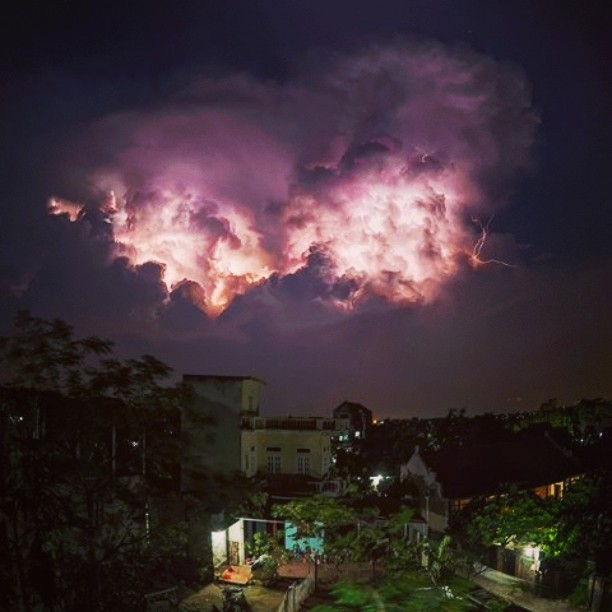 It was raining when I landed back in Vietnam, and the storms have kept sweeping through for the past 10 days.

Here in Hanoi, when it rains it either pours down in incredible, flooding bursts; or it drizzles for days and weeks on end. Since I returned, it’s been downpours.

Having been away for a few weeks I was excited to be coming home. But the downpours that have followed have been difficult.

In the past 10 days, three good friends of Blue Dragon have passed away, each in different countries and each completely unexpectedly. Death is always senseless; when it takes people who are still young and have so much to live for, it seems totally void of meaning or reason. There can be no explanation, no comfort for the many left behind who never had a chance to say goodbye. Life can be so cruel.

For the kids at Blue Dragon, the past 10 days have also brought plenty of downpours. One homeless boy, living in an internet cafe, calls me to say he’s been robbed – again – and has lost all his stuff. He doesn’t care about the stuff; his despair is that his life is in a cycle of hopelessness. Nothing goes right, and he can’t yet see the way out.

Two of the kids have been in hospital; one boy with a virus and a girl with a pretty severe case of TB. She’s going to need many long months of treatment. She picked up the illness in China, where she had been trafficked and sold. Recently she thought her life was starting to get better; this is a huge blow to her confidence.

And out of the blue some kids at our centre have been the targets of local gangs. A couple of the girls we work with have found themselves mixed up with older boys who befriended them and now are pimping them out; when the girls refused to work, the gang turned up at the centre looking for them. We dealt swiftly with that – they won’t be back! – but it was a terrible time for the girls.

Through it all have been the actual downpours: the huge bursts of rain hitting the city on and off in recent weeks. Our centre has been undergoing some renovation work; we thought the rains had stopped only to learn of “the mother of all storms,” as it was dubbed, sweeping toward us. With three floors of the building open to the elements, their windows removed, we were facing some tense days. Fortunately the typhoon mostly passed us by; lots of plastic sheeting and a team working through the nights saved us from flooding.

On Saturday night, I was out to dinner with one of our ‘old boys,’ celebrating his birthday, when an emergency call came through: two of our kids had been beaten up and were at the centre, pretty upset. The night staff needed a hand sorting things out.

I headed over with one of the team and we were able to calm things down. Before we could go home, though: another downpour.

Saturday night, and we were trapped at the Blue Dragon centre while Hanoi started to flood.

So I sat and got chatting to one of the boys, named Do. He’s an exceptional kid: 17 years old, from a terribly poor and abusive family, and yet he has the happiest disposition of any child I’ve met in the past 10 years. He greets everyone with a smile and a hug; and his smile totally lights up his face. Despite Do’s hardships and traumas, he seems almost naively optimistic. There are no ‘street smarts’ about this kid. All he wants to do is smile and spread joy. (You can’t say that about too many 17 year old boys!)

With the rain bucketing down outside, I asked Do: “Where do you get your happiness from? Is there someone in your family like this? How is it that you’re always so positive?”

Do looked surprised at the question. A little confused.

And then he said: “It comes from here – it’s because of Blue Dragon.”

Amidst so many downpours, Do’s words tell me that it’s all worthwhile. The storms will come and go; but there is always joy, always hope, always a reason to keep on going.

I rode home through the blanketing rain, saturated from helmet to shoe, smiling to know that there are people like Do in our world.

One thought on “Downpour”