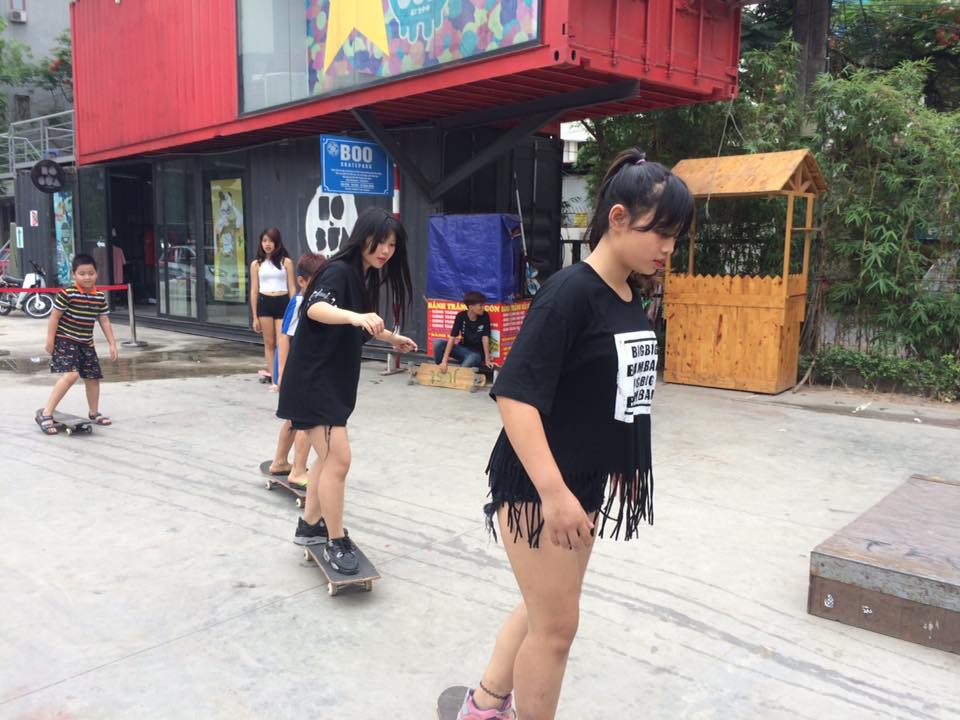 The words that we use shape our perceptions, as well as those of the people hearing what we say.

As an example, the Australian government’s use of the word “Illegals” to replace the word “Refugees” has shaped the country’s discussion about humanitarian migration.

In my work at Blue Dragon, I sometimes struggle with choosing the right word or expression to describe the kids we work with. Preparing proposals and reports, and even writing for this blog, I sometimes have to stop and ask myself what the right word could be. While I can talk about kids in some contexts, elsewhere I have to be more formal and talk about children; but we also help young adults, families, and whole communities, so children often isn’t precise enough.

A common word to sum up the children in programs like Blue Dragon is beneficiaries. For some reports, I find myself saying “Last month 300 beneficiaries took part…” But beneficiaries just isn’t right. Our kids are more than that. Being a beneficiary suggests you’re sitting there passively with your hand out – and that’s not how Blue Dragon works.

So what about participants? This word that gives the kids more power; being a participant is active, with a more equal relationship. But no: the word overlooks the fact that most of the people we help come to us in a state of crisis. It’s a bit odd to say “We rescued 10 participants from human slavery last year.”

I’m yet to find the perfect word, but yesterday the Blue Dragon kids earned themselves a new term: creators.

Over the past year, kids at our centre in Hanoi have been taking more and more of an active role in decision making about what we do with them and how we serve them. When the Social Workers wanted to give the Drop-In Centre a makeover, they involved the girls and boys to make the plan and come up with all the ideas. Rather than the staff coming up with the plan, or even asking the kids for their input, they handed the whole thing over to a team of kids who chose to be involved. In the end, staff had to sign off on it all, but pretty much all of the kids’ ideas were adopted and our centre is now an awesome hang-out for youth.

More recently, the kids in our street arts group identified that they wanted to be more connected to Hanoi’s hip hop community. As one of them said to us: “All I know about hip hop is what I have learned here at Blue and from the internet.”

The idea evolved that they – the kids themselves – should organise an event for young people to learn more about the hip hop culture and for the Blue Dragon kids to showcase what they can do.

They didn’t want to just take part in an event; they wanted to create one.

And so they partnered with 2groove and worked with Hanoi Creative City to organise a huge afternoon for the public, with the emphasis on peace, love, unity and fun. 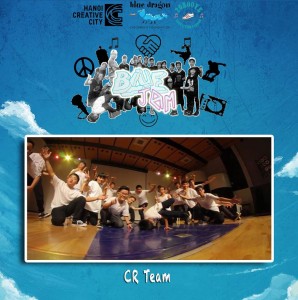 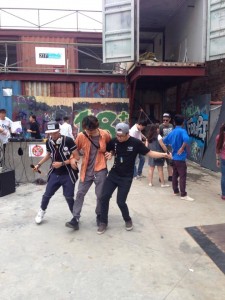 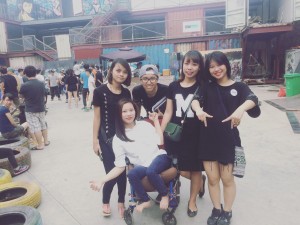 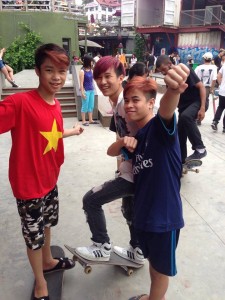 Blue Dragon kids and staff led the whole event, welcoming 7 different hip hop crews from around the city to join the battles. Some of Vietnam’s best known hip hop artists judged the dancers, and kids join in workshops with pro skaters, graffiti artists, and DJs.

Kids come to Blue Dragon in a state of crisis. When we first meet them, chances are it’s because they’re homeless or have been trafficked or something has just gone terribly wrong in their life.

The transition from ‘victim’ to ‘creator’ is beautiful to see – and gives hope that transformation in people’s lives is a reality, not just an empty phrase.

One thought on “Creators”