The life of Van Ta, Blue Dragon’s extraordinary lawyer who rescues people from slavery, has been depicted in this short animation. 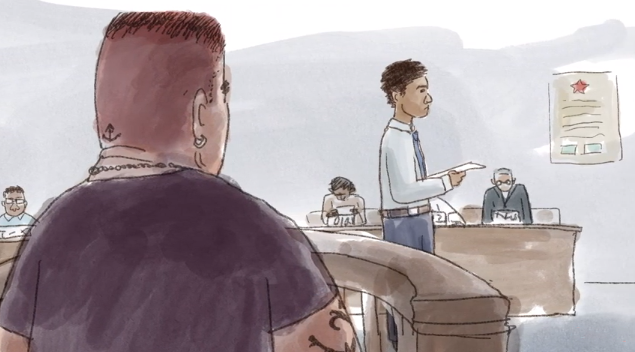 In coming weeks, Blue Dragon will reach the milestone of 1,000 people rescued from slavery.

Many people wonder exactly how we conduct these rescues. While we have to be careful about revealing operational information that might put our staff or others in danger, there are a few things we can say.

Blue Dragon’s approach is non-confrontational. We don’t fight. We also don’t negotiate or pay traffickers off. Instead, we help people escape and flee to safety.

So how do we do that? Our approach, and the implementation of every rescue, is guided by one man: Blue Dragon’s chief lawyer, Van Ta.

Van started with Blue Dragon as a volunteer while he was still in law school. Today he not only leads our rescue work: he also represents victims of trafficking in court and spearheads our legal reform projects, which create a national impact for our protection and advocacy work.

Van is a hero. But he’s also something else: an ordinary human being.

Thomson Reuters Foundation has created an animated film about Van, to share his life and work with a behind-the-scenes look into what drives him and keeps him going.

Take a few minutes to look behind the curtain at the man who has rescued almost 1,000 people from slavery.

Be inspired, but don’t forget: Van is just one person.

We can’t all go out rescuing people like Van does, but each of us can find our own way to make our world better. Whether that’s in our own street, our own school, our own community, or across the planet, we all have a part to play.

We all can be an everyday hero.

3 thoughts on “An everyday hero”