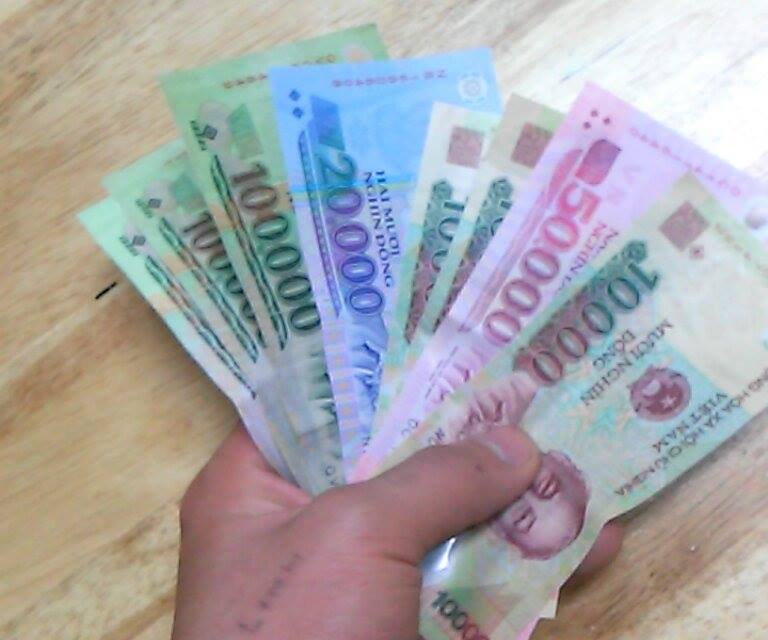 When it comes to fundraising, charitable organisations talk about ‘major gifts’: the grants and donations that are ‘major’ in terms of their size compared to the charity’s budget. They are ‘major’ because of their impact on what the organisation can do.

But another way to look at ‘major gifts’ is from the point of view of the person giving the gift – the donor. A gift of $10,000 might not be a significant sum for a billionaire to donate; but $20 might be a major gift from a retiree or a student.

On the last day of work before Vietnam rested for the lunar new year, a young man came and handed me one such major gift.

It has been a few years since I last saw “Thai” but our first encounter was during one of Blue Dragon’s first rescue missions about 10 years ago. We were looking for children who had been trafficked for labour exploitation and came across Thai walking the streets of Ho Chi Minh City selling flowers and trinkets for a ring of child traffickers. Thai was deeply relieved to meet us and went home very happily to his parents.

Thai’s family was extremely poor – their house was one of the most dangerous and dilapidated homes I have been in – and despite everyone’s best efforts, Thai struggled to fit back in at school and the community, and started acting out. Just 2 years after going home, Thai found himself in serious trouble with the police – serious enough that he was sent to prison for 3 years. He had caused damage to a property in a silly and senseless act of anger.

At the end of his sentence, Thai was ashamed to return home. He moved north and found a job where he could settle down and start saving some money. I only saw him once, briefly, but we stayed in contact by text message and he seemed to be doing fine.

So on the day that he called to say he was passing through Hanoi on his way home for New Year, I was a little surprised. To be honest, I feared he was going to ask me to lend him some money.

Instead, Thai came to the Blue Dragon centre with a gift: equivalent to almost $100US. He had saved this over the last year, and despite needing to support his own family and having significant debts of his own to pay, he was adamant that I take his envelope. “It’s for you to help the children,” he told me.

There’s no way in the world Thai could afford to part with $100. He’s still just a kid, barely out of his teens, and living on a factory floor to save money for his family. But giving this gift was of great importance to him, and we spent some time talking about his dream of helping others so that they can avoid the sort of troubles he has encountered in his own life. At the end I accepted his gift, and committed to using it to care for homeless children during the week-long holiday. I’ll also make sure we get some extra help to Thai’s younger brothers and sisters very soon.

Back when Thai was arrested and charged for his crime, it would have been easy for us to regret helping him escape from trafficking – had we done it all for nothing? A few years on, though, and the outlook is very different. Here is a young man who has made mistakes, has paid for them, and has learned the value of caring for others.

His story will be a long and interesting one for sure.

2 thoughts on “A major gift”