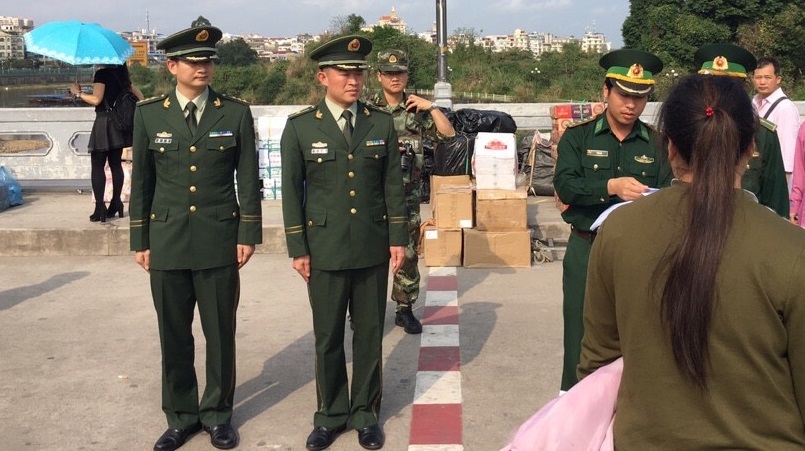 Late last week, Blue Dragon brought home a woman, “Binh,” who was trafficked from Vietnam to China 26 years ago.

The idea that someone could be enslaved for so long seems to defy understanding. We don’t yet know her full story, but we do know that when she was sold into a forced marriage at the start of the 1990s she already had a family here in Vietnam. Now in her 60s, Binh has spent almost half her life isolated from her own children, never knowing where they were or what had become of them.

Her chance to return home came about not because things got better, but because they got worse. Her husband became sick of her and threw her out of the house, leaving her to wander the streets begging for money. Only then did the Chinese police notice her and pick her up.

Binh returned to Vietnam with the Blue Dragon rescue team who were there looking for some other trafficked women, and she is already home with her family. There will be many difficult weeks and months ahead as this family heals, and they will be needing a lot of support to deal with the traumas they face.

Blue Dragon’s work is more commonly with the children who have been estranged from their parents than the other way around. We regularly work with young people who have been separated from their families for all sorts of reasons, and always at the start it seems unlikely that there can ever be a good outcome.

On many occasions we’ve met girls or boys on the streets of Hanoi who have been away from their family for years, or whose parents abandoned them at such a young age that a successful reunion seems simply impossible.

Since the start of this year, I’ve seen 3 of our teenage boys make contact with their mothers for the first time in many years. One had last seen his mother over 5 years ago; the other 2 boys were infants when their mothers left and they have no memory of her.

In each case, the mother left home to escape violence and abuse. But the children didn’t know that; they have grown up never knowing the truth and wondering why their mothers abandoned them.

And in each case, their reunion has shown them that in fact their mothers love them very much and have lived every day wishing they could be together. The long separation has never diminished their love.

Last night I spoke with one Blue Dragon boy, Cuong, who had just spoken on the phone with his mother after 15 years of not knowing where she was or why she had left. There was a new light in his eyes; it was as though he was feeling whole, suddenly confident in who he is and understanding his place in the world. Some of his questions are yet to be answered, but now he has reason to believe they will be.

Like the other 2 boys, and also like Binh, Cuong has a rough road ahead in addressing the many years of separation and loss. Time apart means that everyone has changed; there is no simple “Happily ever after” just because a family reunites after a long time apart.

The difference is that now they have hope. Even if the answers to their questions are not what they dream of, they have a way forward in life because they can finally address their past.