Dak traveled the length of Vietnam alone at age 13, with nowhere to go and no plan for the future. An encounter on the streets of Hanoi changed his life. 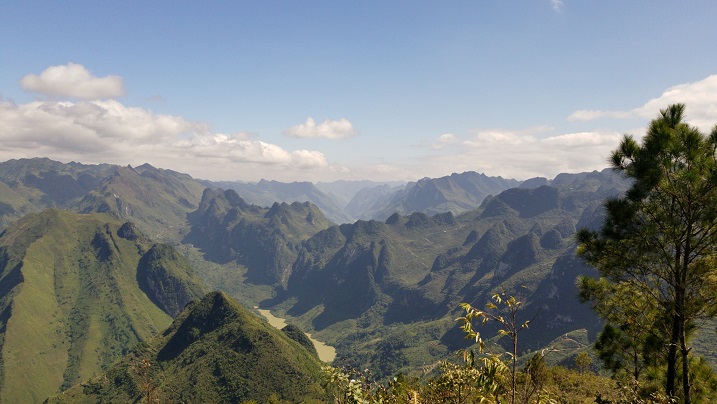 It was about a year ago that Dak first came to Blue Dragon.

His journey to Hanoi, where he met a social worker on the streets, is one of those incredible stories that could well be made into a film one day.

He had run away from home in the southernmost point of Vietnam, Phu Quoc Island, and over many months made his way to the north. Dak never had a plan or a sense of where he was going; he had nowhere to be and noone to see. So he just travelled.

Whatever money he had in his pocket, he would use to buy a bus ticket. When he could go no further, he would spend time in the strange new town or city, living alone on the streets and surviving by begging or working.

Life on the road might sound romantic, but Dak was only 13 years old. Being alone was hard, and he regularly went hungry.

On the night he met Tinh, a Blue Dragon social worker, at a Hanoi lake, Dak hadn’t eaten in days. He was desperate for a place to lay down and sleep without fear of harassment. The Blue Dragon safe house was an oasis – all the food he could he eat and a soft bed all his own.

For social worker Tinh, the meeting was also a memorable event. Tinh had been working for Blue Dragon at that time for just a few months. The chance to help street kids was his dream job.

Growing up in a remote mountainous region in an ethnic Tay community, Tinh knew hardship. Despite his family’s own poverty, he had been determined to study and get through school, even though that meant leaving home at age 14 to live in boarding houses while he studied.

Putting himself through university to earn a social work degree was another major challenge – but he did it, and when he graduated from his studies and joined Blue Dragon it was precisely so that he could help kids like Dak.

But this was not to be a ‘happy ever after’ story – not yet.

As Dak regained his strength with some rest and good food, he set his mind on hitting the road again. He simply didn’t believe that Blue Dragon, or any person, would really care for him. His life was littered with rejection and hardship; he figured he would be better on his own.

Such is Dak’s personal ethic that he didn’t just leave. He came to tell us he was going. We tried to change his mind, but his decision was made, even though he had no plan and didn’t know what would come next. All we could do was give him some money so that he would have food in his belly for a few days, and let him know he could come back any time.

The next time we saw Dak, everything was different.

Several months had passed. Vietnam was in the grip of the COVID-19 pandemic. A nationwide lockdown was imminent. Dak was back on the streets of Hanoi, and he was very sick.

The hospital diagnosed him with Influenza A, but for a few worrying hours we feared he might have coronavirus. He was weak and thin, coughing badly and struggling for breath.

Dak was glad to be found again, and as Blue Dragon social workers took turns to sit by his bedside in the hospital, holding his hand and wiping the sweat from his face, he knew that he had found his family.

Since that day, Dak has been with Blue Dragon. He’ll be turning 15 soon and he’s gone back to school to pick up where he left off, in Grade 6.

During the week, he remembered that it was a year since he first met Tinh. So Dak asked a special favour.

He wanted to go with Tinh back to the lake in the centre of town, to the very spot where they first met, to take a photo marking the moment that changed his life.

Dak’s story is far from over. There will be days when he faces new difficulties, and days he will experience great joy.

But come what may, he knows he’ll never be lost again. Wherever he ends up, he’ll always know that he has a place where he belongs.

Blue Dragon Children’s Foundation rescues kids in crisis. Right now we are asking for donations that will feed hungry children just like Dak. If you can, please donate as part of your Christmas celebrations.